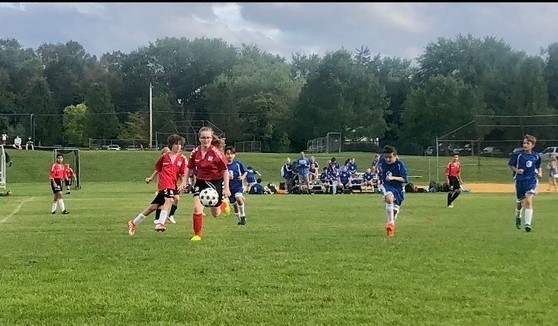 Last night a combined Frankford Soccer Team (varsity and JV) took on Franklin Boro School in our first away match of the season.  The first half was very hard-fought by both teams and very low scoring with Mucio Torres knocking home the lone goal of the half assisted by Logan Nunley.  Going into the second half Frankford was able to open up the score and take a commanding lead.  Mucio Torres netted two more in the second half, both assisted by Logan Nunley to bring the score to 3-0.  Pierluca Ferdinand would score his first goal of the season bringing the score to 4-0 with an assist from Holden Bosma.  Franklin would go one to score two over the remaining 15 minutes of the match but was unable to take the lead away from the Bulldogs who would win 4-2.  In the combined effort all of the players on the Bulldogs roster got a run out in this match, this was a true team victory.  Our next game is tonight away to Lafayette.